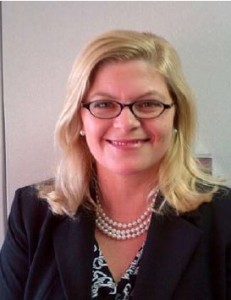 Tracey Tangeman and Jon Richardson will discuss “Miranda — What is it and how is it working after fifty years? Movie Clips and Stories from the Street.”

THIS MEETING WILL TAKE PLACE AT THE HUNTINGTON CENTER!

Procedural safeguards afforded suspects and defendants in the criminal justice system, as well as some “tales from the street” by a criminal prosecutor and defense attorney.

Tracey Tangeman is an assistant United States attorney for the Northern District of Ohio in the criminal division. She earned her JD from The Ohio State University. Tracey was voted “Most Likely to Crush You in Court” in law school. Before moving to Toledo, she lived in Dayton where she was the assistant prosecuting attorney in Montgomery County for 16 year and belonged to the Rotary club there. Jon has practiced criminal law for 44 years in Toledo’s city, state, and federal courts. In addition, he has taught law and literature in the Honors College for the University of Toledo.